During the Second Spanish Period (1783-1821), Spain offered tracts of land to entice settlement of the more sparsely populated areas of the Florida colony. Upon ratification of the Onis-Adams Treaty in 1821, control of Florida passed to the United States, and thus began the Territorial Period (1821-1845). The US government agreed to honor such land grants, so long as claimants could produce sufficient documentation and testimonials in support of their claims. Dossiers consisting of surveys and plats, copies of royal grants, testimonials, correspondences, deeds, wills and translations of Spanish documents were submitted to prove date and size of grant along with property boundaries, physical descriptions of the land granted and proof of residency on and cultivation of the lands by the grantees. Grants were reviewed and either confirmed (found to be valid) or unconfirmed (found to be invalid) by the various land commissions established by the US government, or federal courts or US Congress. [Source: Florida Department of State, State Library & Archives of Florida, Spanis Land Grants Collection].

Spanish Land Grants relevant to the development of the City of Atlantic Beach include claims made by Bartolome de Castro y Ferrer and Andres Dewees.

2266 2/3 acres adjacent to San Pablo Creek,
near the mouth of the Saint Johns River 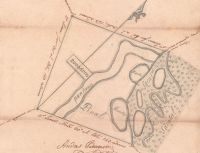 Once known as Pine Island, this claim was to present-day Dutton Island. 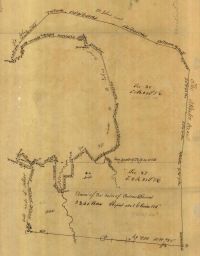 
This grant extends from present-day development Oceanwalk and the oceanfront area previously known as Seminole Beach in northern Atlantic Beach, all the way to the Saints Johns River, and includes the land on which the Village of Mayport and Mayport Naval Station are situated.